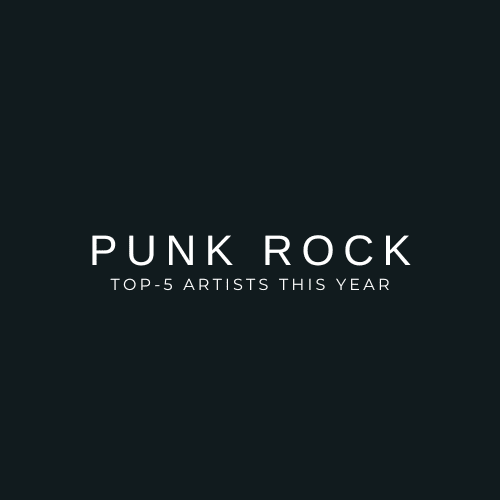 It’s time to talk about punk rock! Do you wanna find something new to listen in modern punk rock style? If so… That’s our Top 5 punk rock artists this year by monosounds.studio

Punk rock is one of the many genres of rock music, its emergence dates back to the mid-1970s. Representatives of this genre opposed mainstream rock, recording short, dynamic songs with sharp melodies and rough vocals, minimal equipment, and social and politicized lyrics against the establishment.

Pioneering punk rock bands such as:

And so, that’s the end of our brief excursion into the history of punk rock, as in this article I want to tell you about the best bands and songs this year.

That’s our top-5 punk rock artists & bands that you have to know:

5. Our top will open Machine Gun Kelly, originally this musician was known as the author of tracks in the style of hip-hop and alternative hip-hop, he even wrote disses for Eminem, but after the filming of “Dirt”, where he played a major role, namely the drummer legendary band Mötley Crüe musician immersed himself in rock.

4. Mom Jeans, a California quartet from Berkeley, got together in 2014, and no one (much less themselves) probably could have imagined that four years later hundreds of thousands of people would know about them.

3. Alexisonfire The musicians themselves describe their music as “the sounds made by two Catholic schoolgirls fighting with knives” (referring to their song “A Dagger Through the Heart of St. Angeles”, which also inspired them to design the cover of their debut album).

2. The Jimmy is dropping Poland punk rock to the next level right now.

Crazy guy & stupid videos are all about this newcoming guy.

His songs began to gain popularity in 2017. Yungblud recorded a song with Charlotte Lawrence,[en] which became the soundtrack to the TV series “13 Reasons Why.”[11] His debut album was released on July 6, 2018[12].

In February 2019, Yungblud and Holzy released the song “11 minutes.” This work helped Dominic get a lot of attention on YouTube. By August 2021, the music video for the song “parents” is Yungblud’s most viewed work on YouTube.